Objective: Develop an optical scanning system to be used for generating 3D models of well liners and casings with sub-millimeter accuracy.

How: As a team of five mechatronic and mechanical engineering students, we designed and constructed an alpha prototype of the optical 3D well imager.

The final design of the prototype includes a camera module, laser module, and two conical mirrors. The basic functionality of the device is shown in the figure below. A red laser ring is generated by the laser module which is reflected by 90° on to the surface of the well casing. The camera’s vision is then reflected by 150° to capture the projected laser ring.

Overview of the optical imaging device. 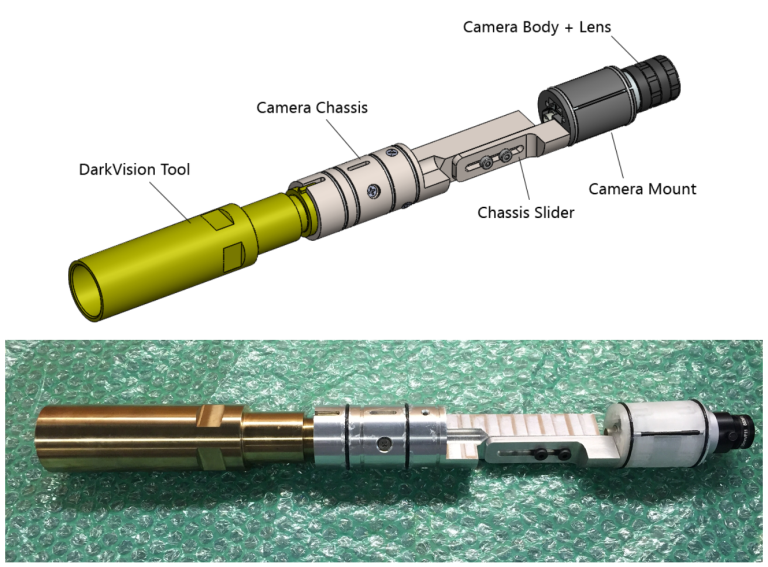 Diagram of the camera module. 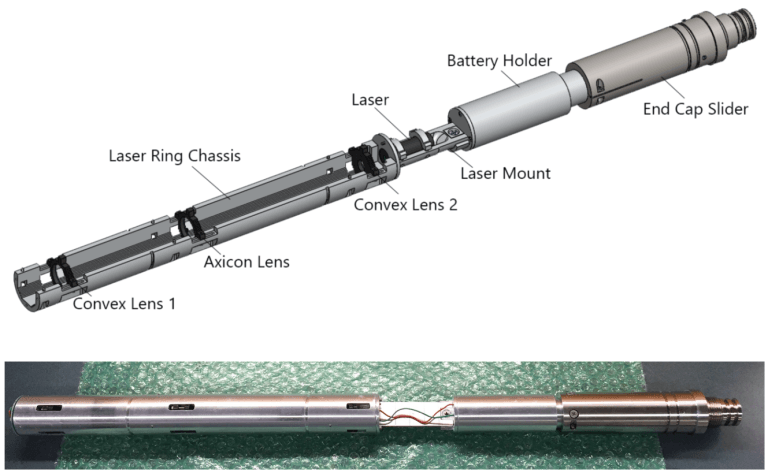 Diagram of the laser module.

Our prototype was successful in recreating a 3D model of the pipe internals during unsubmerged operation, as shown through the figures below. However, we were unable to test the device in submerged conditions due to time constraints of the project.

Our device installed with the DarkVision lab equipment (left); Close up of the laser ring inside the well liner (right).

Four different exposure times and traversing speeds were tested to determine which camera parameters would generate adequate images for post-processing and analysis. From our tests, we determined that the imaging parameters resulting in an effective frame rate of 0.13 fps at a forward jog speed of 7 mm/s showed the most promising image slices of the well liner. To increase the slice resolution of the scan, the frame rate was increased to 1.3 fps which yielded visually poorer images, but our processing algorithms were still able to generate a 3D model of the well liner. A hue saturation value filter was used to detect the outer edge of the raw image. 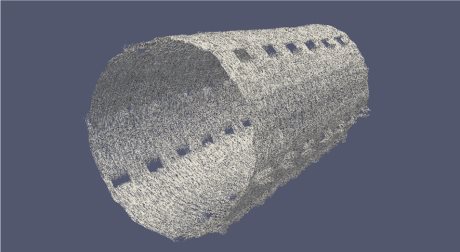