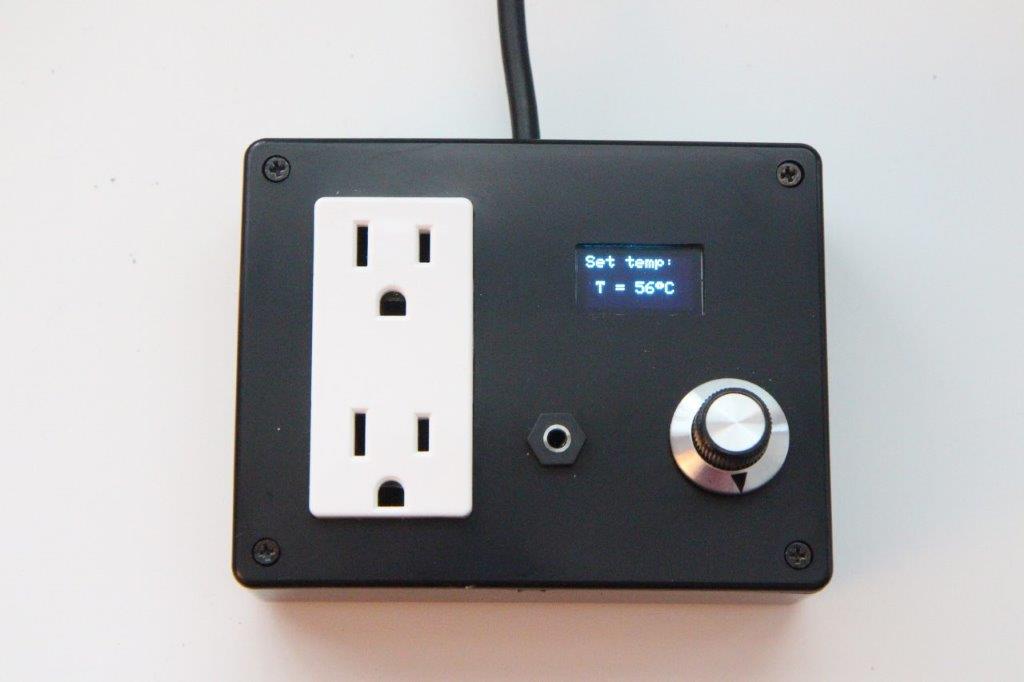 Objective: Create a small, modular controller to regulate the temperature of a water bath.

Motivation: To get in on this cooking fad without dropping fat stacks of cash on an immersion circulator. 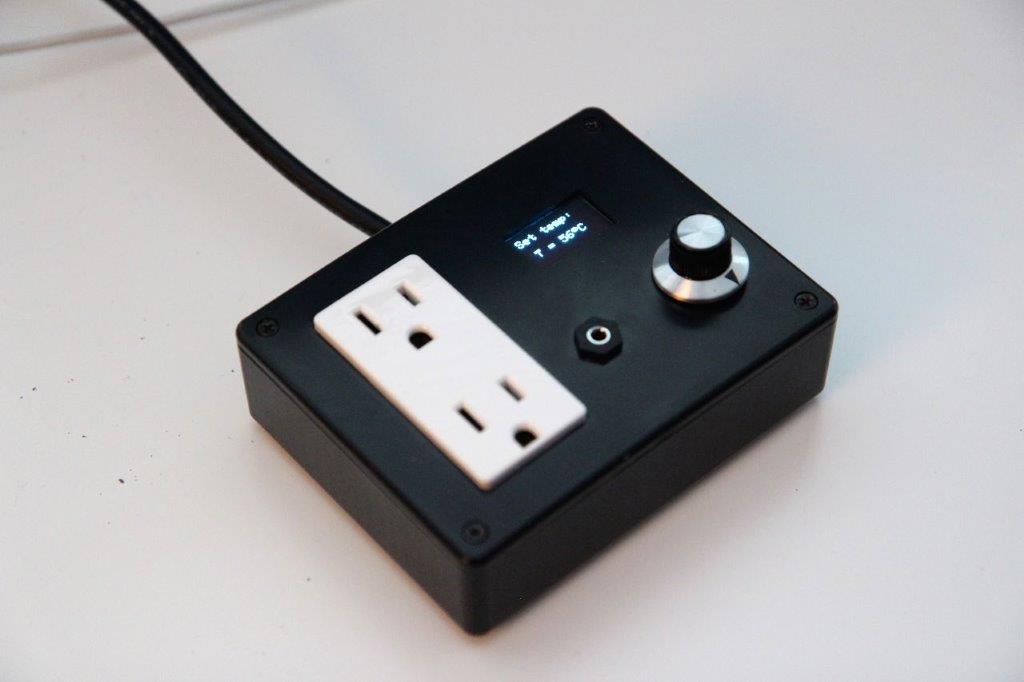 You may have heard people rant about this fancy new cooking method that’s all the rage right now, but of course you shrug it off as a fad. But here you are, intrigued enough to be reading this article about the very thing you previously rolled your eyes at. So what the heck is sous vide anyway? The peeps over at ChefSteps have an answer:

Imagine you’re cooking a steak. You probably know exactly the color and texture—the doneness, in other words—you’d like, right? With sous vide (say “sue veed”), you simply set a pot of water to the corresponding time and temperature, and you can get that perfect doneness you desire, every time. 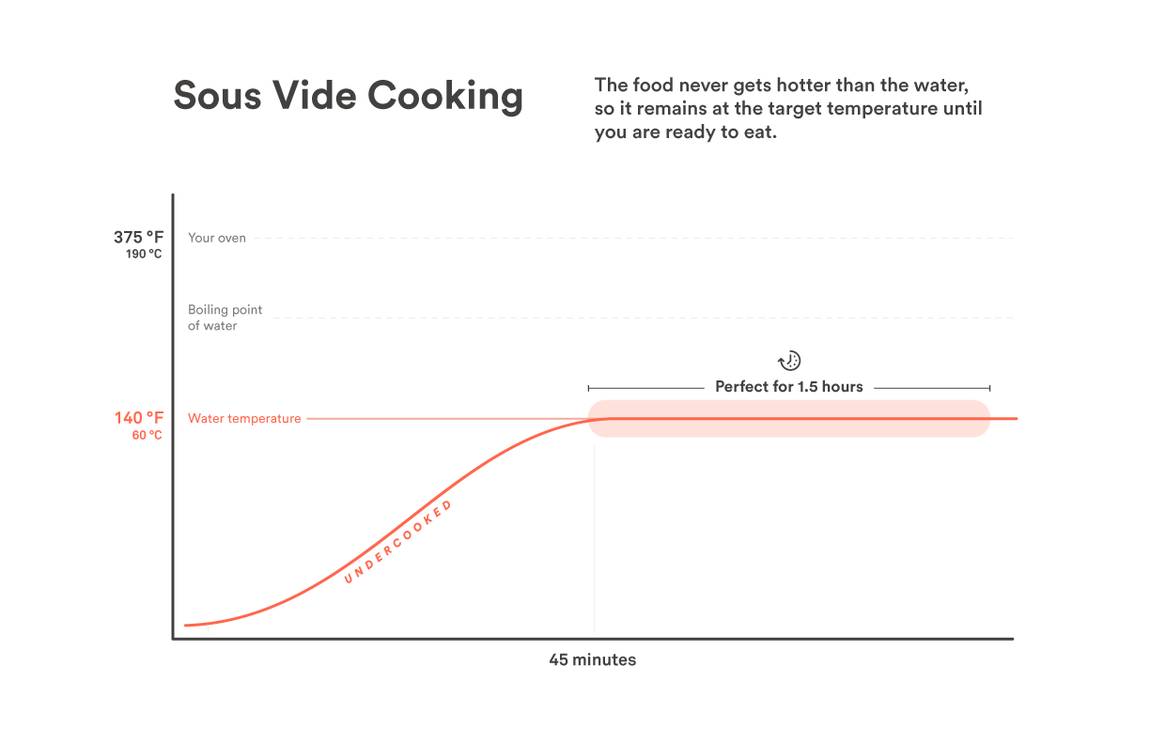 Talk nerdy to me about sous vide. (Source: ChefSteps) 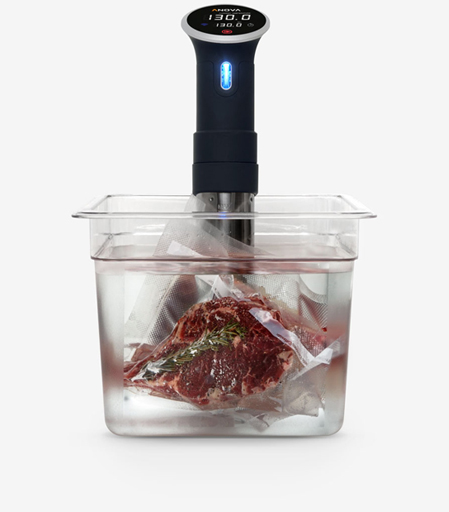 Wanting to get in on this craze without spending a fortune (especially if it turned out to be a novelty), I set off to make my own. If all a sous vide device does is temperature control of a heating element, then it wouldn’t be anything my recent mechatronics degree couldn’t handle. 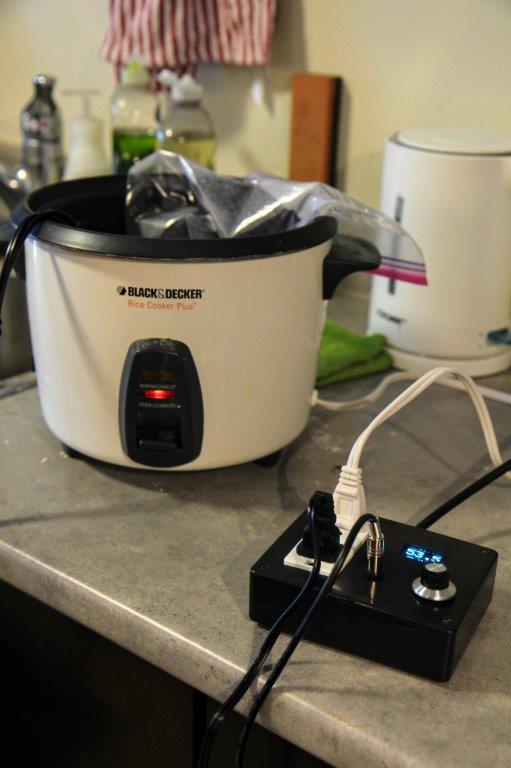 Front face of the controller. 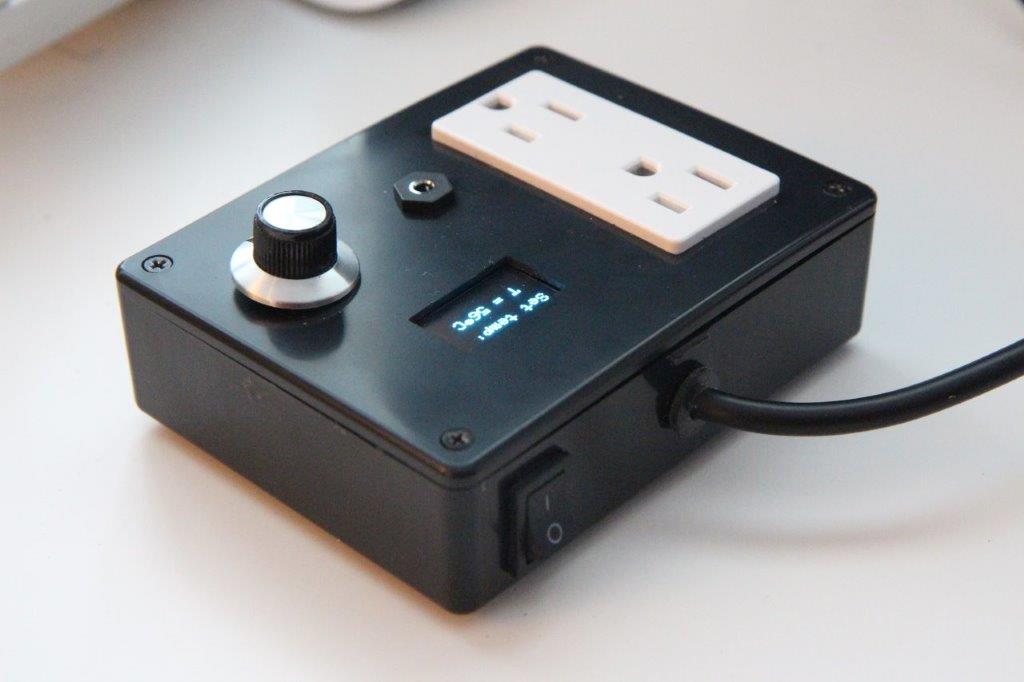 Backside of the controller. Note the switch and cord grip for that back-me-on-Kickstarter finish quality. 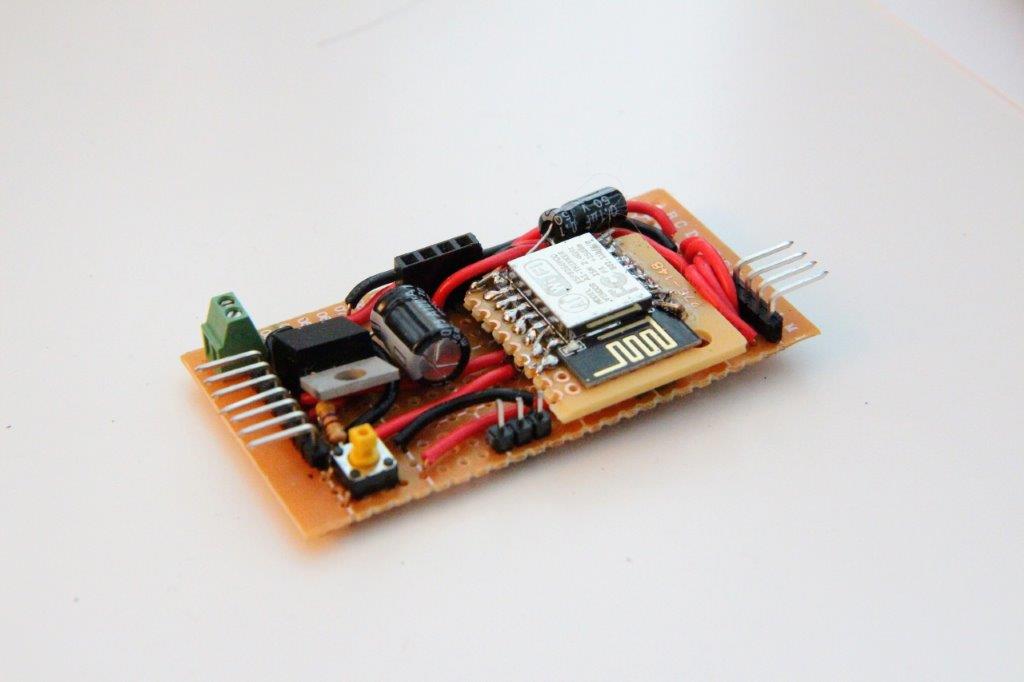 Little space was left unused to minimize the physical footprint of the circuit. 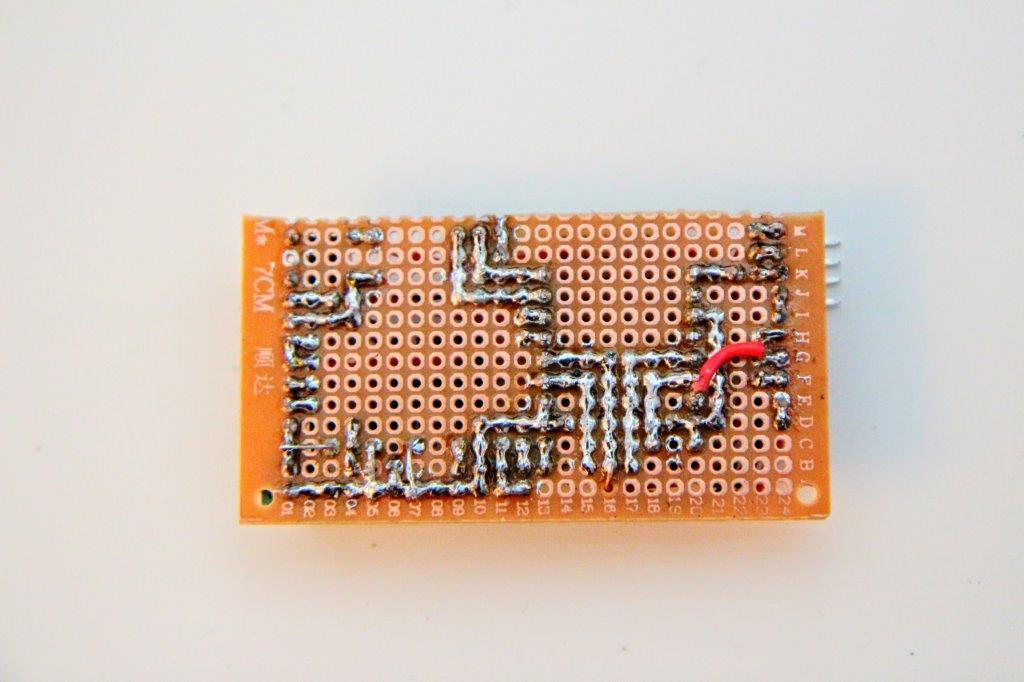 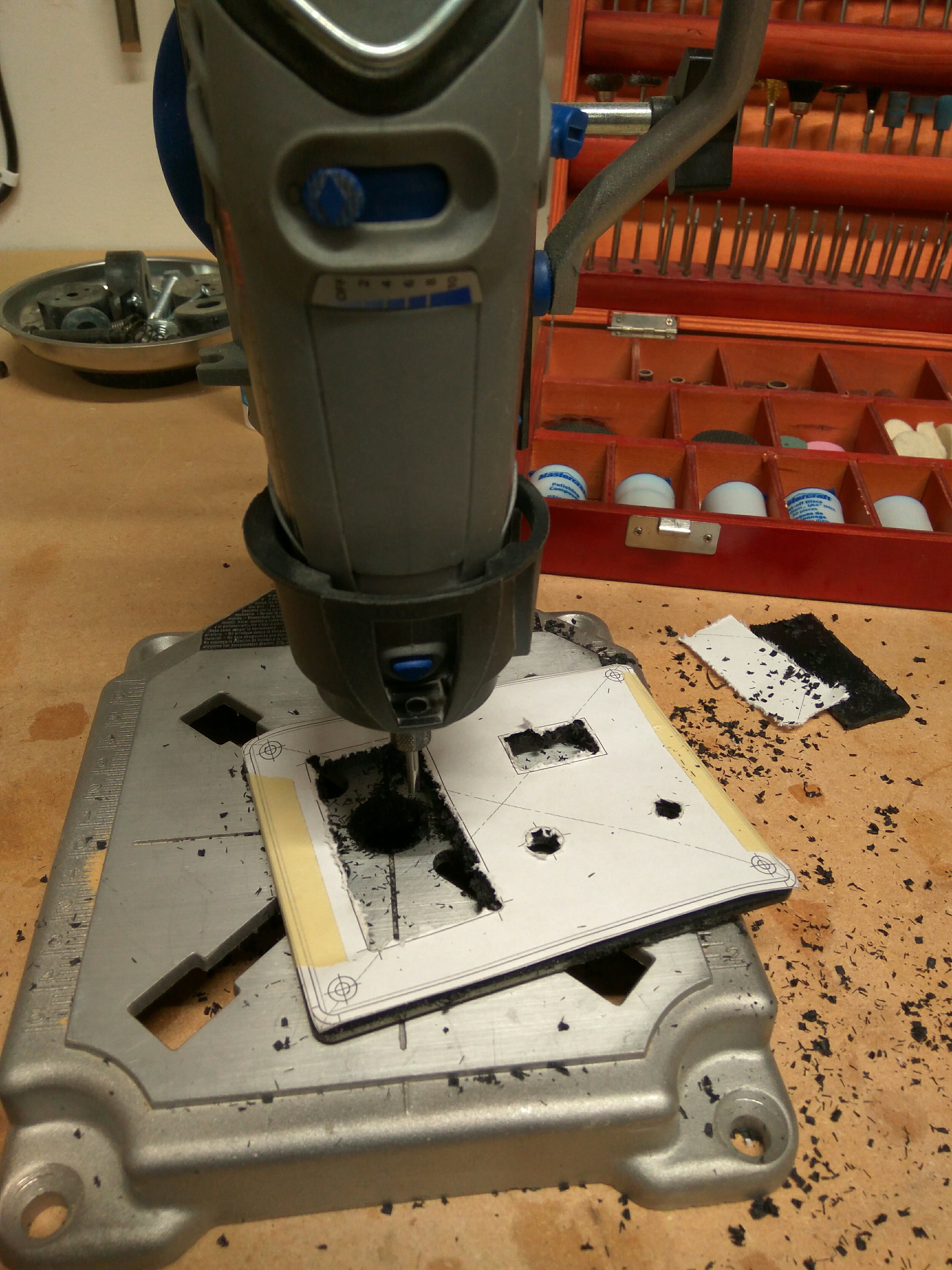 I designed the panel in SolidWorks, printed out the layout, taped it to a store bought enclosure panel and used a Dremel to carve out the holes. 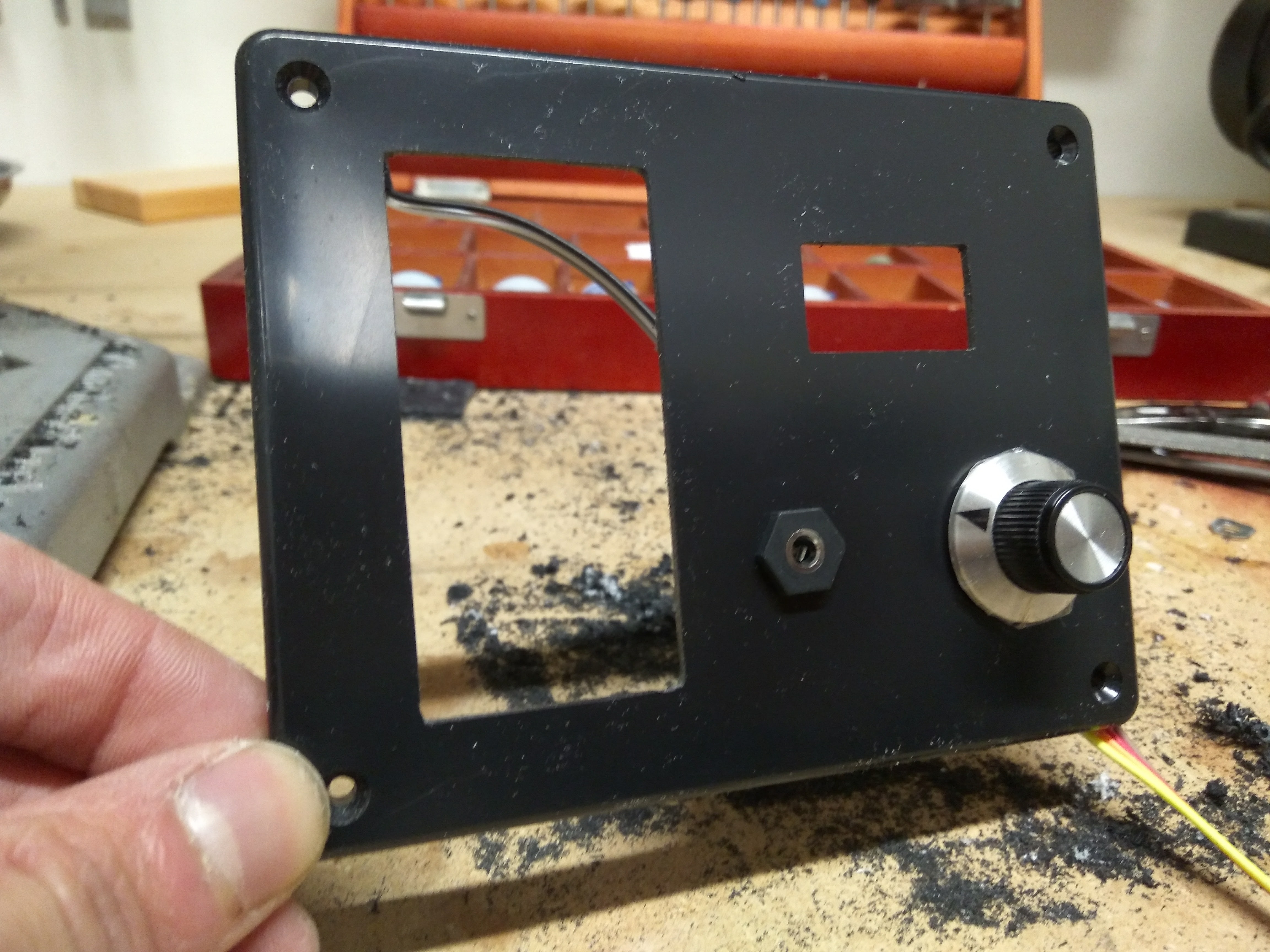 Dry fitting after a bit of filing to clean up the edges and corners. 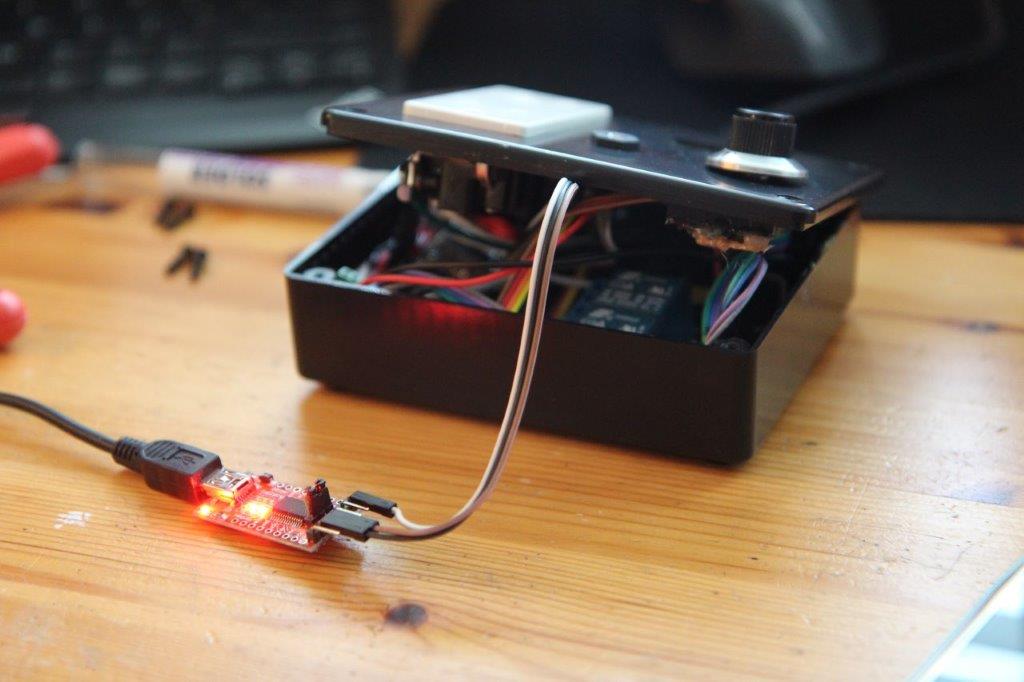 No project is complete without analyzing data! The main unknowns thus far:

To assess these questions, I setup the ESP8266 to push live temperature data to an online web server. Through MQTT, I was able to send live temperature data from the controller to Adafruit.IO. This service (in open beta at the time of writing) allows dashboards and data feeds to be easily created for real-time monitoring of anything.

The ESP8266 logs temperature data through Adafruit servers. Data is displayed through their live dashboard feed.

A Comparison of Cookers

Four trials were conducted with three different cooking vessels: a 3 cup rice cooker, 7 cup rice cooker, and a 14 cup (3.3 L) slow cooker. Two cups of water were used in each vessel for these tests. As shown through the graph below, the rice cookers get up to 55°C significantly than the (very) slow cooker. Although it would be better in maintaining temperature due to its ceramic makeup, it took way too long to heat up for practical purposes. You can fill it with hot/boiling water to help it warm up, but it still wouldn’t be as fast or convenient than the rice cookers.

Slow cooker, you are the weakest link. Goodbye.

Comparison of rice and slow cookers with circulated and uncirculated water baths.

Looking at the rice cookers in more detail, we see that the small rice cooker has a much lower overshoot than the large. This makes sense since the heating element is smaller, thus it retains less heat “momentum” upon shutoff. The addition of a water circulator significantly reduced the steady state temperature oscillation as well as the amplitude of overshoot. With the added benefit of greater temperature uniformity within the water bath than relying on natural convection to mix the water, using a circulator is proven to be a necessity.

Moving forward, I decided to use the large rice cooker with a circulator. Although the small rice cooker reaches steady state more quickly, its small vessel size s unfortunately not practical for cooking anything but a feast for ants.

Comparison of the remaining cooking vessels. 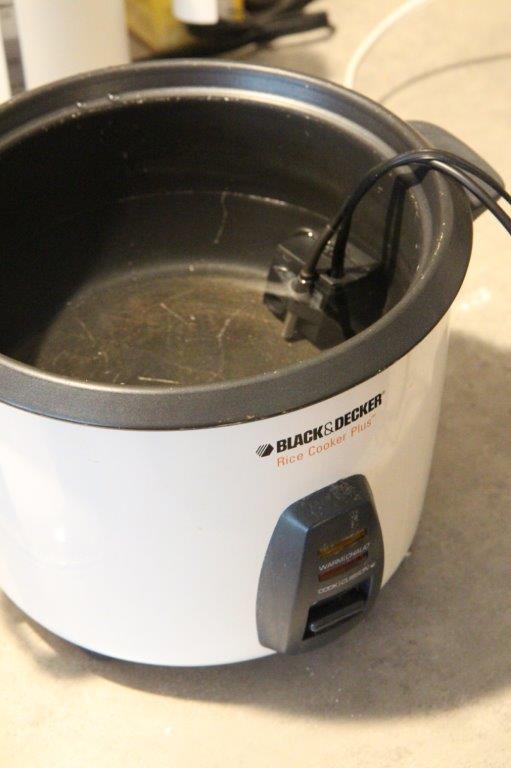 Time to actually cook with this thing! After trying out various foods, the data shows that the temperature stability is surprisingly stable given the simple on-off temperature control. 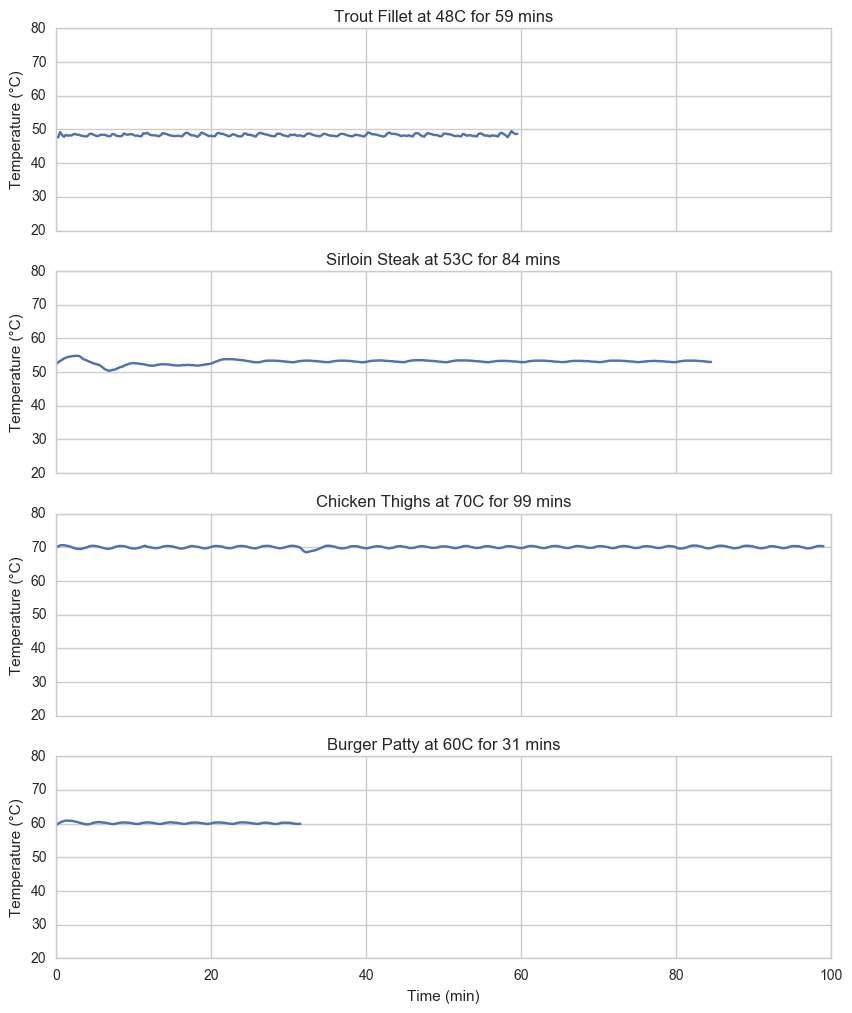 Quantifying the ripple with some simple analysis shows that the average standard deviation for these four cooking trials was ±0.4°C, where the steak had the highest deviation of ±0.6°C.

They say a picture is worth a thousand words. The one below might not be worth quite that many, but that pink uniformity definitely speaks for itself. 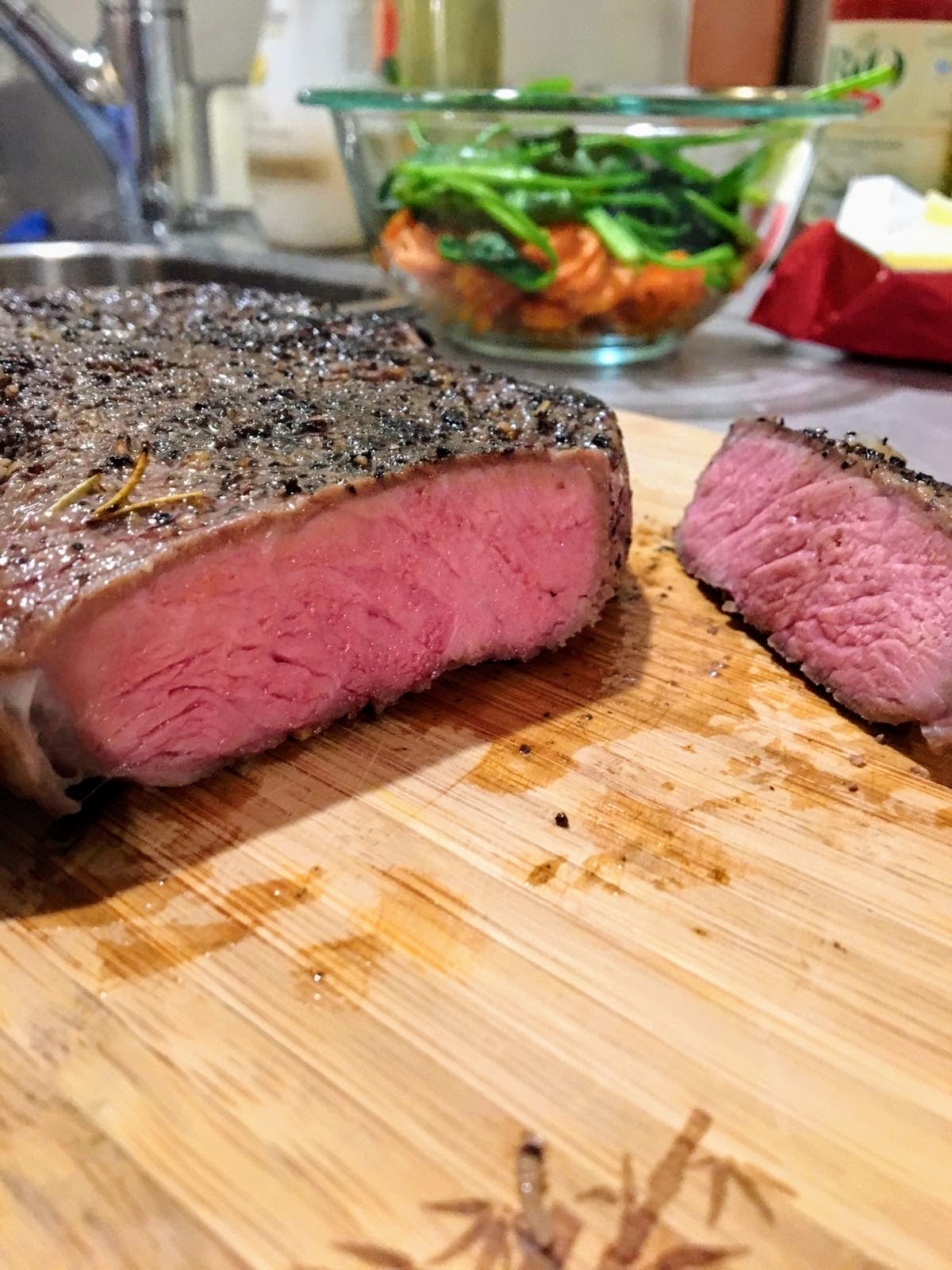 A uniformly cooked sirloin steak finished on a cast-iron pan.